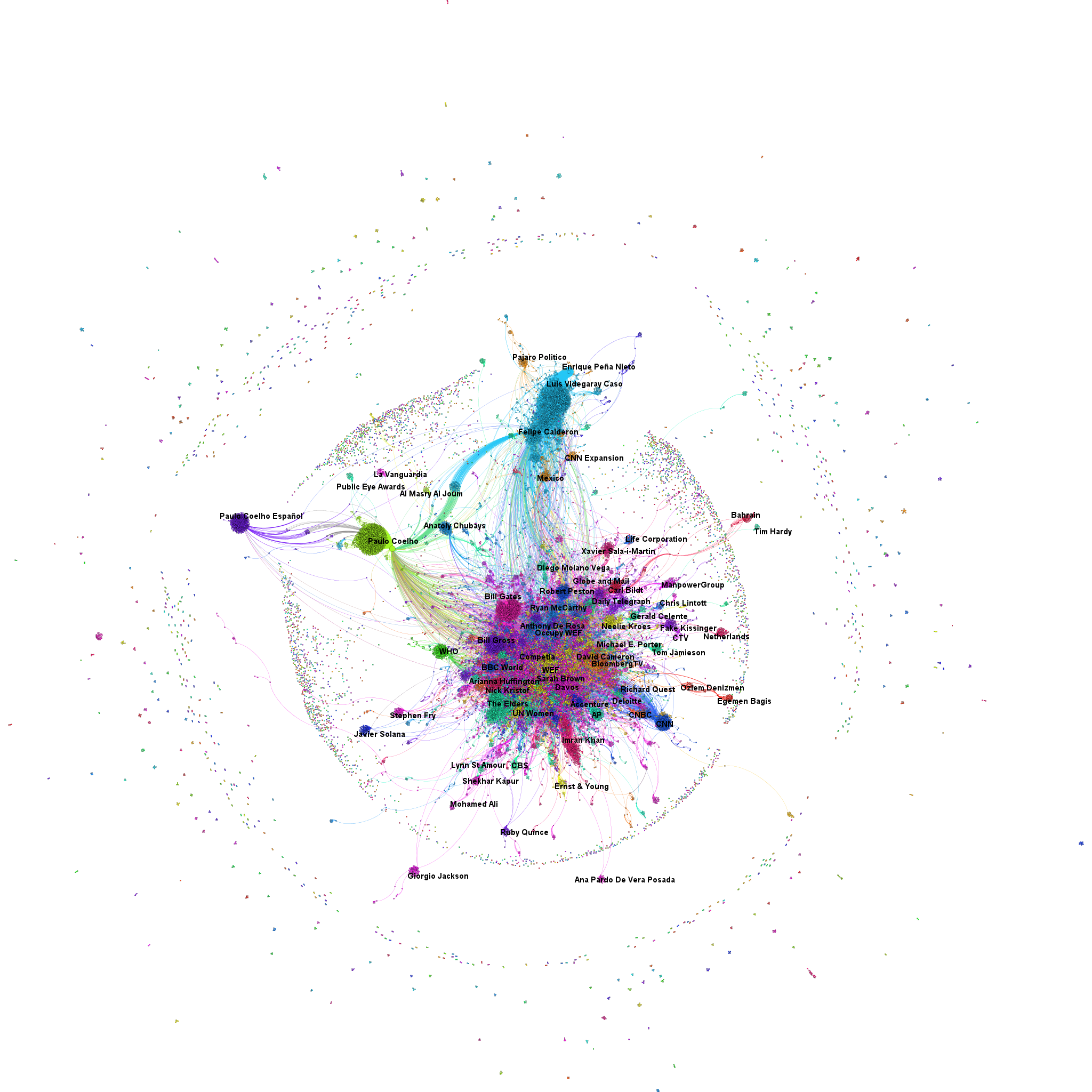 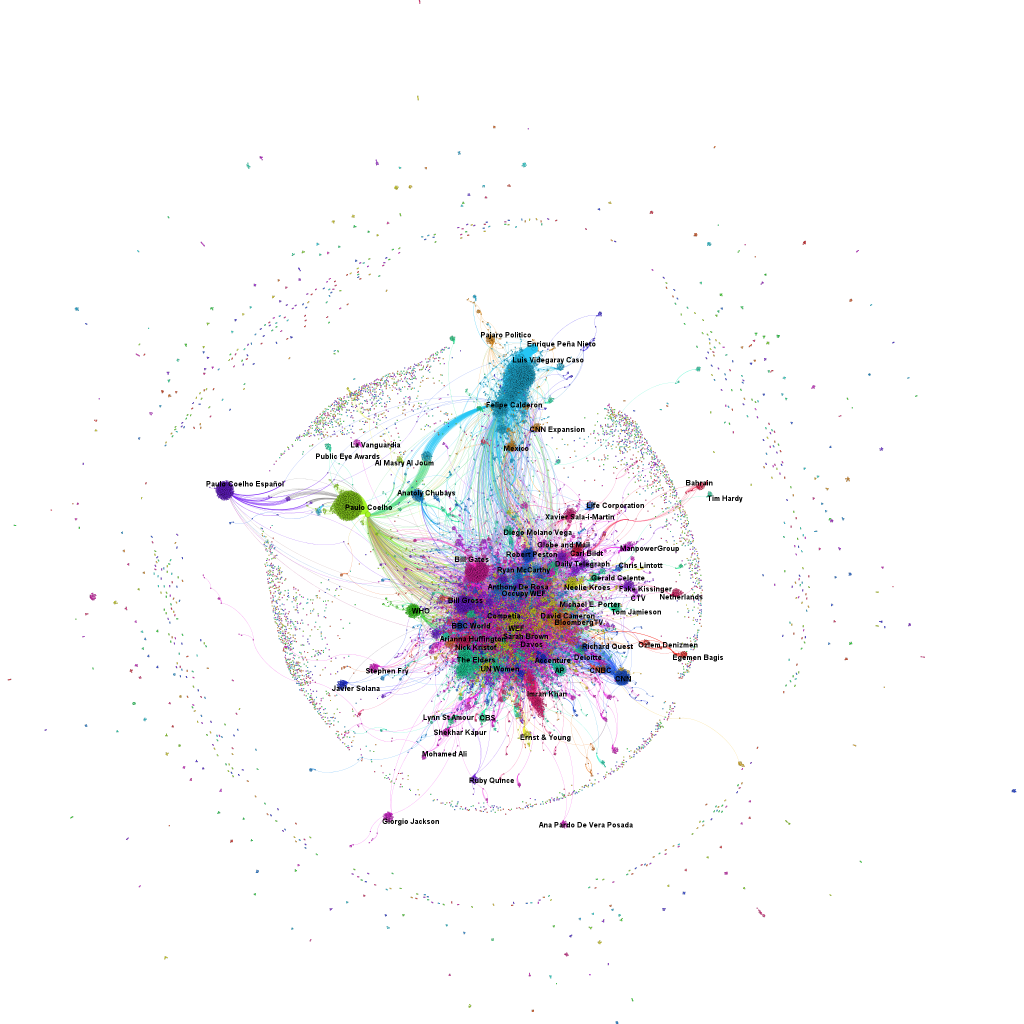 The same thing that can be done for the DLD conference in Munich can of course be done for the WEF in Davos. This gives us a good opportunity to compare pre-conference and conference buzz of the two gatherings and compare actors, topics and network structures. Here’s a first glance at the Twitter conversation network for the hashtags #WEF and #Davos (recorded from Mon 7:15 pm to Tue 11:30 am): 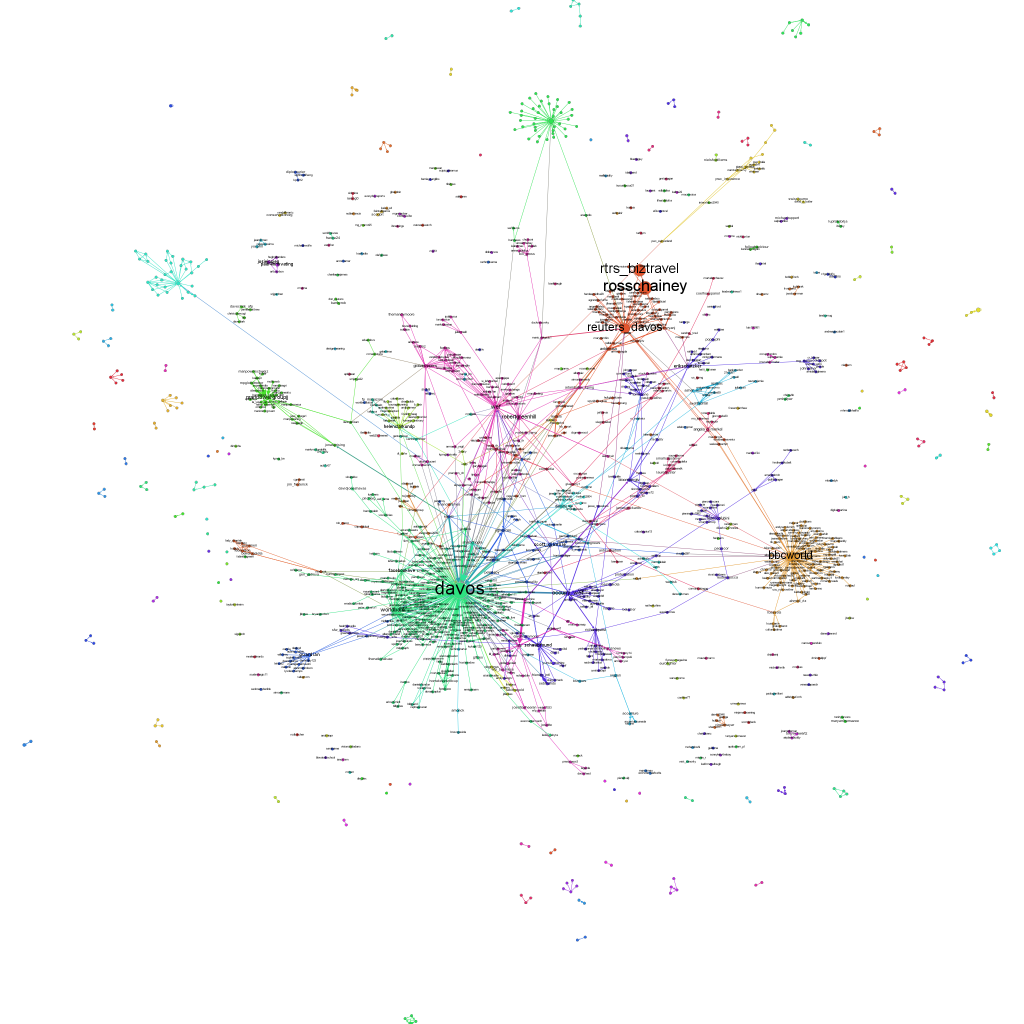 One thing is very obvious from this structure: The WEF is much more of a news media event than the DLD (see the visualization of the DLD network from the day before the event). There are two very densely populated clusters of journalists from Reuters (red in the top right of the map) dominated by @rtrs_biztravel, @reuters_davos and journalist @reuters_davos and another BBC cluster (light brown on the right) dominated by @bbcworld. And there is also the guardian (deep blue on the bottom left) Other actors that have influential network positions are @worldbank and (this could become interesting) @occupy_wef. All in all the buzz generated by #WEF and #Davos appears to be significantly larger than the DLD related buzz.

UPDATE: And here is the first update to the network graphic. The data is now covering Tue 11:30 am to Tue 6:15 pm. That’s 1,600 tweets within 6.75 hours. So, the pace is clearly accelerating. For the first WEF analysis, we analysed 1,600 tweets within 16.25 hours. Now let’s take a look at the resulting network diagram: 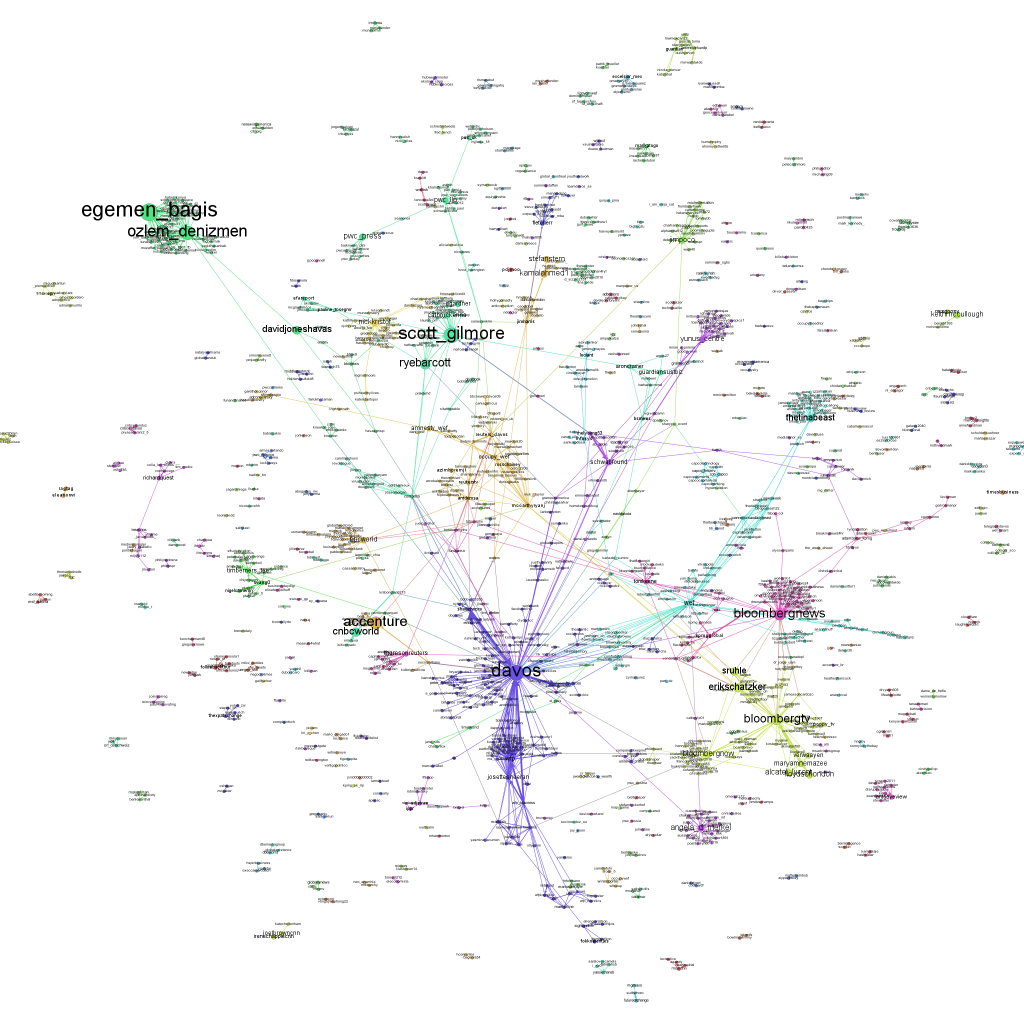 Now, the Reuters and BBC clusters that dominated the Twitter discussions in the morning, have somewhat dissolved. Instead, there are new clusters centering on Bloomberg (light green and pink on the right), Angela D. Merkel (violet bottom right) – which by the way is not the official account of the German chancellor -, Yunus centre (violet at the top), Scott Gilmore (green at the top) and a very dense minicluster of Turkish EU affairs minister Egemen Bagis and Ozlem Denizmen (green at the top left). So it’s definitely starting to get more political 😉 The Occupy WEF cluster has been joined (structurally) by Amnesty WEF and has been connected (or interwoven) to the former Reuters cluster.